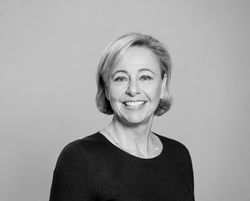 Katrin Stoll has been the managing director of the NEUMEISTER auction house since 2008. As the daughter of Rudolf Neumeister, who acquired the Weinmüller auction house in 1958, she initially studied medicine in the early 1980s and completed an apprenticeship in furniture restoration before entering her father’s company in 1983 as a limited partner. This was followed by periods abroad at the auction houses Sotheby’s in London and Ader, Picard, Tajan in Paris. Since 1987 she has been working at NEUMEISTER where, as a publically appointed and certified expert for German Expressionism, she founded the department of MODERN & CONTEMPORARY ART.

In 2000, by this time also a qualified art auctioneer, she became a member of the company’s board of management and acquired one-third of the shares. After becoming the sole shareholder in 2008 she commissioned a research project, in conjunction with the Central Institute for Art History in Munich, to make a thorough reappraisal of the history of the Weinmüller auction house during the Nazi era and, following the spectacular find of annotated Weinmüller auction catalogues in the company’s cellars, to examine these in depth.

In addition to managing the auction house, the mother of three children lectures on market mechanisms in the art industry at the Institute of Art History at Ludwig Maximilian University in Munich. She is also a member of the acquisitions committee of the Städtische Galerie im Lenbachhaus, the executive board of the Akademieverein, the board of trustees of the foundation ‘Stiftung Lichtblick Hasenbergl’ and the governing body of the ‘Friends of the Tel Aviv Museum of Art in Germany’, as well as a founding member of the ‘Friends of the Anne-Sophie Mutter Foundation’ and a member of the advisory committee of the ‘Flick Förderstiftung’. 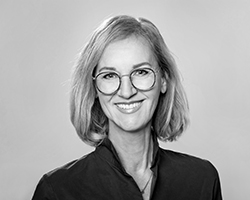 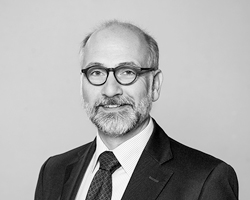 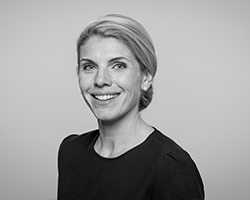 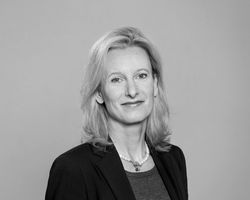 Bettina Schwick’s specialist fields are, on the one hand, 18th-century furniture – especially French ébénisterie (cabinet-making) – that has fascinated her to this day ever since her publication of an inventory catalogue on the historical furnishings of Ludwigsburg Palace and, on the other hand, medieval and Baroque sepulchral sculpture in Southern Germany, which she analysed in depth in her master’s thesis and doctoral dissertation. After graduating in art history from the universities of Würzburg and Munich, Bettina Schwick was a research fellow in the administrative department of the State-owned Palaces and Gardens of Baden-Württemberg in Stuttgart. This intensive involvement with historical furniture soon led her to London, Zurich and Amsterdam. As Junior Cataloguer in the Department of French and Continental Furniture at Sotheby’s she was involved in the auction ‘Of Royal and Noble Descent’, among other projects. Since her return to Munich at the end of 2001 Bettina Schwick has been in working in the core segment FINE ART at NEUMEISTER as the expert responsible for historical furniture, sculpture, furnishings and textiles. 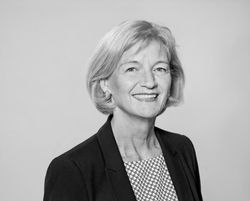 While working in the Art Nouveau department at the municipal museum in Munich, the Münchner Stadtmuseum, under Dr. Martha Dreesbach, Bärbel Wauer developed her special interest in and great passion for Munich ‘Jugendstil’ in particular. After gaining a doctorate on the conceptual history of Expressionism, followed by internships at the Bavarian National Museum under Dr. Rückert, Bärbel Wauer joined NEUMEISTER in 1982. At the same time she was responsible for the concept and organisation of the Munich art and antiques fair, the Kunst-Messe München, over a number of years. Her immense experience in the appraisal and pricing of artworks is based on her more than 20-year cooperation on the Art Award Yearbook in the field of decorative arts, jewellery and furniture. For a confidential, precise appraisal and valuation of Art Nouveau and Art Deco objects, please contact Bärbel Wauer, the Art Nouveau, Art Deco and glass expert at NEUMEISTER. Her skill and expert knowledge enabled us to appraise and value the internationally highly regarded Prof. Kurt Liebermeister Collection of Art Nouveau and Murano glass, among others. 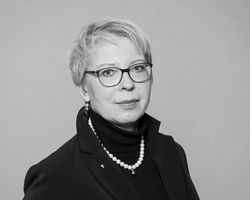 Beate Kalisch is, in the true meaning of the word, the ‘high-carat’ jewellery expert at NEUMEISTER. After studying visual communication in Dusseldorf she first worked as a graphic designer and art director. In the late 1980s she decided to devote her career entirely to her great passion, historical jewellery, and opened an art and jewel consulting agency. She continued to expand her expert knowledge through specialist training, leading to her qualification as an authorised expert for ‘18th to 20th-century, historical European jewellery’, among others, and by attending seminars by Elisabeth Strack on natural and cultured pearls.

In 2002, Beate Kalisch, a native Rhinelander, successfully completed her qualification as a gemmologist and diamond valuer at the German Gemmological Society. In 2003 she consolidated her multifaceted activities to establish Beate Kalisch Art & Jewels Consulting Ltd., certified according to EN ISO 9001/2008 BUREAU VERITAS. From 2004 to 2011 she was head of the Jewellery and Watches department at Van Ham Fine Art Auctions in Cologne. Since late 2011, among other things, she has been working as a freelance expert and diamantaire in Antwerp. Parallel to this, she organises courses at the Watches, Jewellery and Gems Educational Centre (USE) in Pforzheim. Since January 2014 Beate Kalisch has been on the NEUMEISTER team as our external expert and representative for European precious objects (mainly from the 18th to 20th centuries), jewellery and jewels. 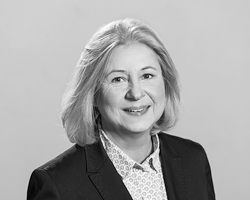 A specialist in European decorative arts from the 16th to 19th century, Dr. Bachmeier particularly focuses on 18th century German silver, gold and porcelain. However, she has also addressed other areas of decorative arts in depth, starting in the Eighties with her master's thesis entitled “Joseph Hillerbrand – Munich Design in the 20ies and 30ies” and her doctoral dissertation for LMU Munich entitled “Life and work of Lorenz Gedon”. Dr Bachmeier has been with our company since 1988, first as the head of the Varia Department, and from 2004 as expert for our key department of Fine Art and Antiques. Recent special sales of “Majolica from the Bareiss Collection” and the “Bavarian Königsservice” from the estate of King Ludwig III, both of which were most successful and attracted international attention, marked some of the highlights of her work. Dr Bachmeier was a guest speaker at the 2007 Vinogradov conference in St. Petersburg (First International 18th Century Porcelain Scholarships Conference in Russia) and is involved in expert and valuation days hosted by NEUMEISTER in cooperation with the Bavarian National Museum. WIth long-standing experience and broadly based, extensive expertise, she is your specialist for any questions regarding decorative arts. 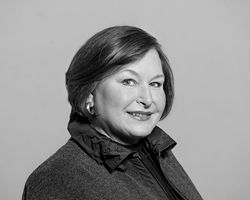 It was not only first after graduating from the Sorbonne, where Gudrun Müller focused on 20th-century art, that she established the direction her future career would take. Throughout her studies of art history in Karlsruhe, Freiburg and Paris she had always been actively involved in the art world, for example in exhibitions of works by the sculptor Camille Garbet in Meaux or the organisation of numerous cultural events at the Goethe Institut in Paris, as well as her work at for the ‘Monuments historiques’, the French cultural heritage trust in Pontoise and the South of France. In Germany, Gudrun Müller continued her professional career at the antiquarian book and art specialist Hauser in Munich, focusing on 17th to 20th-century prints and German first editions. In 2001 she came to NEUMEISTER and, since 2004, has been our expert for Classical Modernism and Post-War art. Gudrun Müller has also been in charge of the NEUMEISTER Gallery where many renowned collections, such as the Fritz Behn Collection, have been exhibited. 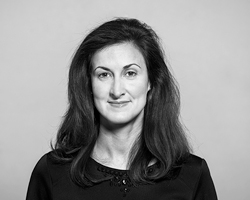 Ipek Blask’s specialisation in modern and contemporary art evolved over many years working in leading contemporary art galleries in Munich where she was responsible for pricing and cataloguing objects for acquisitions and sales. This ultimately culminated in her intensive involement in the very successful auction of the ‘Haus der Kunst Collection’ at NEUMEISTER in 2006. Ipek Blask, who studied art history, Islamic art and archaeology in Bamberg, now works in our core segment MODERN & CONTEMPORARY ART where she is responsible for valuations and the professional cataloguing of works on paper, prints and sculptures. Ipek Blask would be pleased to provide expertises and valuations on 20th and 21st-century items as well as advice on selling artworks. 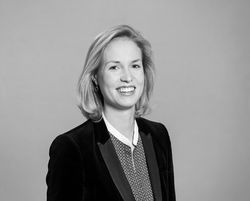 Dr. Franziska Thiess has been fascinated by modern and contemporary art since her youth. While studying art history at Ludwig Maximilian University in Munich she gained in-depth experience in a variety of fields of contemporary art at institutions such as the Galerie Max Hetzler (Berlin/Paris), Sotheby´s (London), Galerie Thaddaeus Ropac (Salzburg/Paris), the Peggy Guggenheim Collection (Venice) and the Hamburger Kunsthalle (Hamburg). Dr. Franziska Thiess started working at the NEUMEISTER auction house in 2010 while still a student and, having held a number of different positions, is now in the contemporary art division. She continues to broaden her experience through regular visits to international art fairs and collections and, in addition, she completed her doctorate under Prof. Wolf Tegethoff at the Central Institute for Art History in Munich. 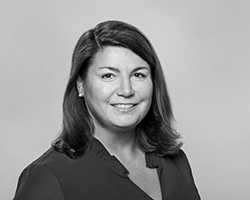 In more than 20 years working as a specialist for various renowned Munich auction houses, Susanne Richter has acquired a profound knowledge in the field of 19th Century Art, as well as Modern and Contemporary Art.

With her many years of experience, she is a competent contact person for the appraisal and valuation of individual objects, collections and estates. With great expertise and care, she is able to advise customers with confidence and discretion regarding the sale and purchase of collectors pieces and works of art.

Following her organisation of the extremely successful charity auction, held in aid of Hilfsverein Nymphenburg e.V. to celebrate the 85th birthday of H.R.H Duke Franz of Bavaria in the summer of 2018, Susanne Richter is also your contact for special auctions at NEUMEISTER.