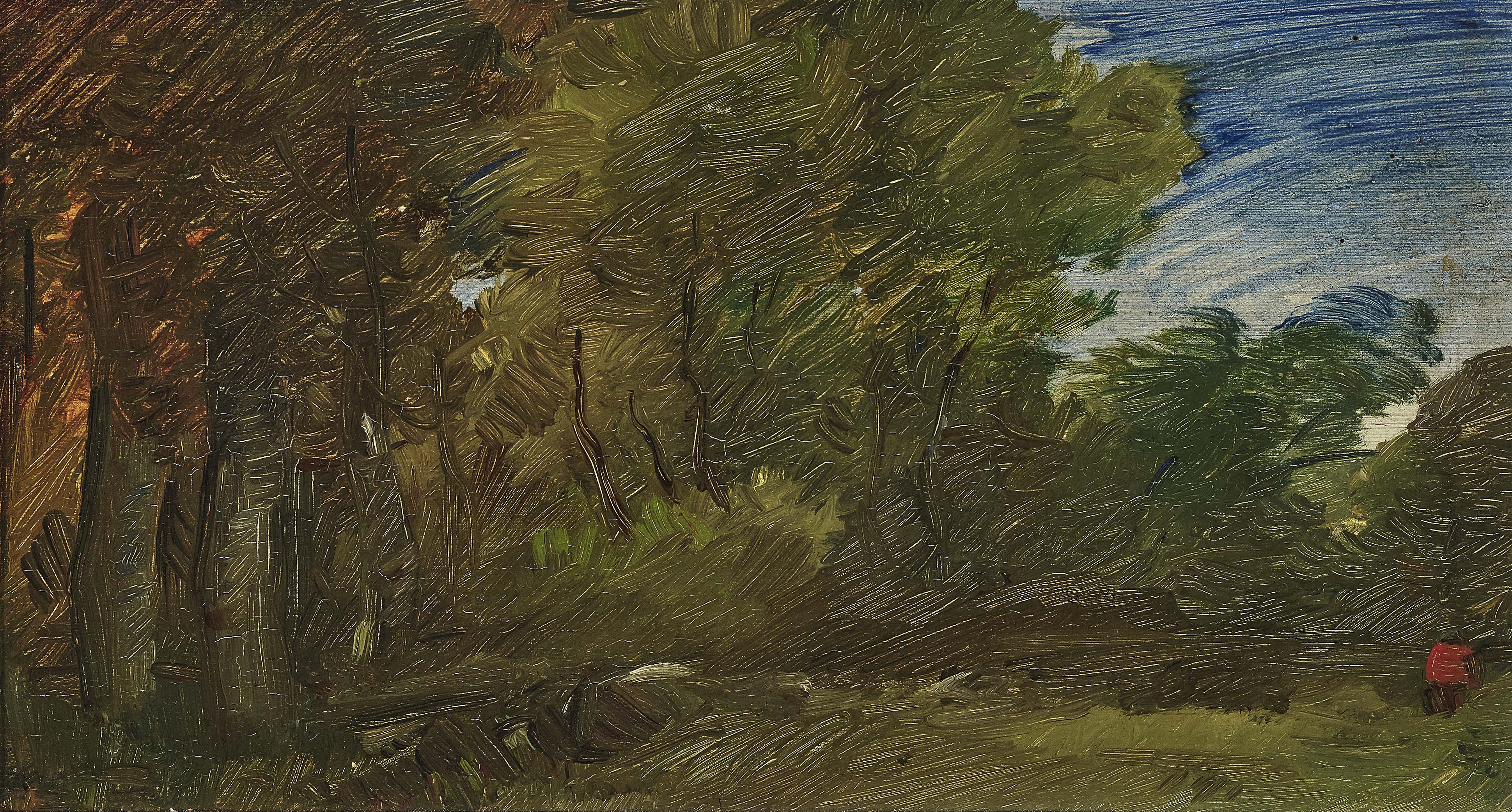 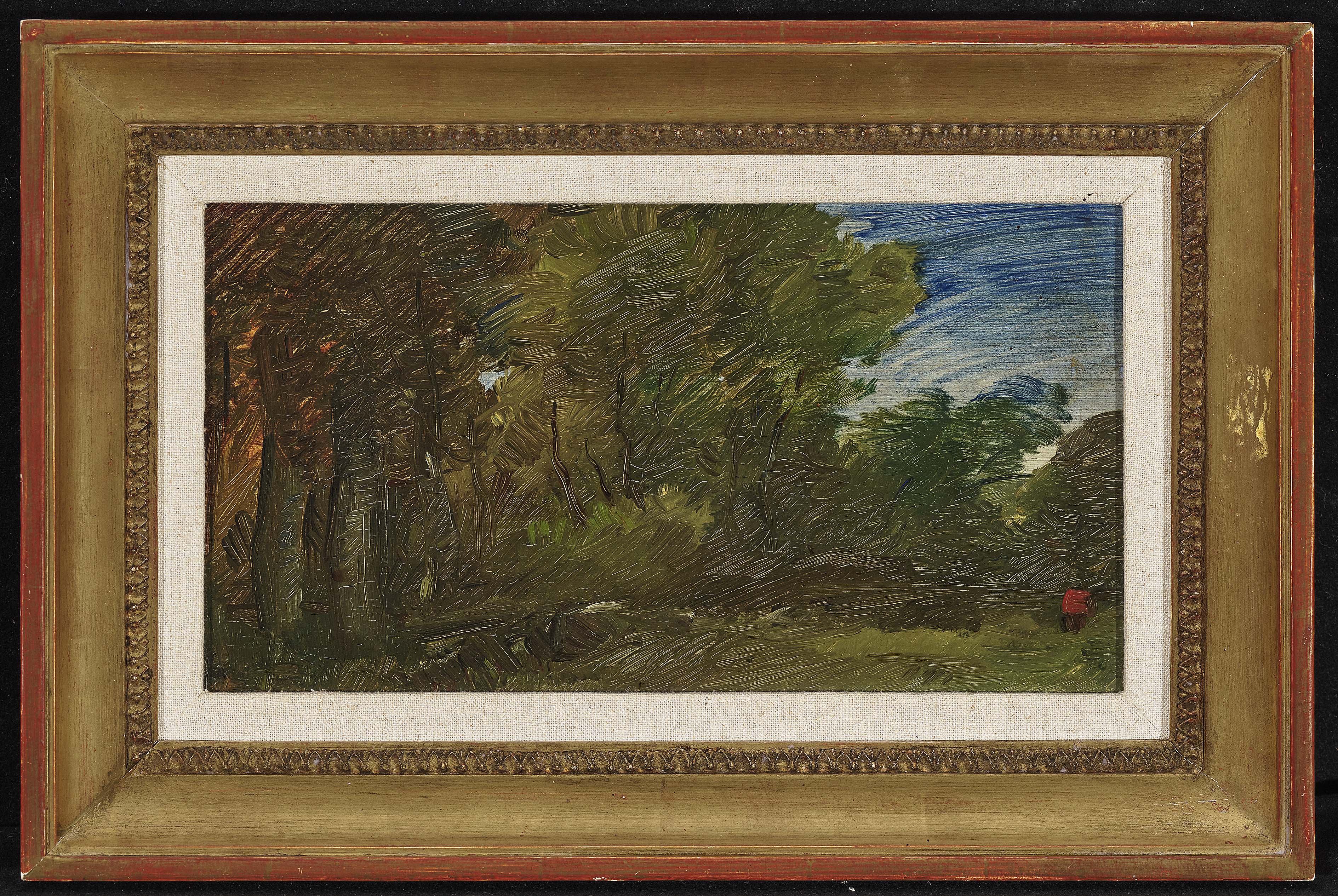 Verso, adhesive label with confirmation of authenticity by Prof. L. (Elizabeth) Nöldeke, Verden, 25/12/1922. Multi-numbered 8647. Oil on paper, mounted on cardboard. 15.4 x 29 cm. Framed. Wilhelm Busch - just the mention of this name, even today, evokes memories of a genius poet and illustrator. Actually, Busch was supposed to have become a mechanical engineer, which is why he attended the Polytechnic in Hanover. However, in 1851 he began his artistic education, first at the Düsseldorf Academy, then from 1852 in Antwerp. He was impressed by the works of the Flemish and Dutch masters of the 17th Century, which he studied in the local collections. For a long time, Buschs painting style was almost overpoweringly influenced by these artists. Following Frans Hals, he developed an impetuous style, which is reflected in his peasant genre scenes and moving landscapes. In the 1880s, Wilhelm Busch emancipated himself as an artist and his landscapes started to reflect his immediate impressions. An artistic climax was finally reached at the beginning of the 1890s, when he evolved an individual gestural-expressive style of painting. Especially in his "Landschaften mit Rotjacke", the most important series of works from those years, he sometimes pushed the limits of abstraction, thus anticipating an artistic trend, which would assert itself only about 15 years later with Wassily Kandinsky. The present landscape is a typical example of how the wind, weather and the changing seasons affected Wilhelm Busch as a landscape painter. The painting shows an extremely common motif: the edge of a forest, with a meadow on the right and a "red jacket" (a peasant with his back to the viewer) at the very edge of the canvas. However, the painting becomes spectacular through the masterful use of colour accents and energetic brushstrokes, which vividly depict Nature swaying in the wind. As early as August 1882, the artist described a similar situation in a letter to Franz von Lenbach: "In the meantime, Summer is coming to an end. Its soaked coat tails flutter in the wind, and dully and glumly and shivering, it extends a cold hand to its brother Autumn ... " (cited after Gmelin / Behrens, see below, p. 134). Literature: Gmelin, Hans-Georg / Behrens, Reinhold, Wilhelm Busch als Maler. Berlin 1980, p. 362, catalogue raisonné no. 743: dated there in the period 1890-91. Provenance: Estate of Wilhelm Busch - Elisabeth Nöldeke Collection, Verden.