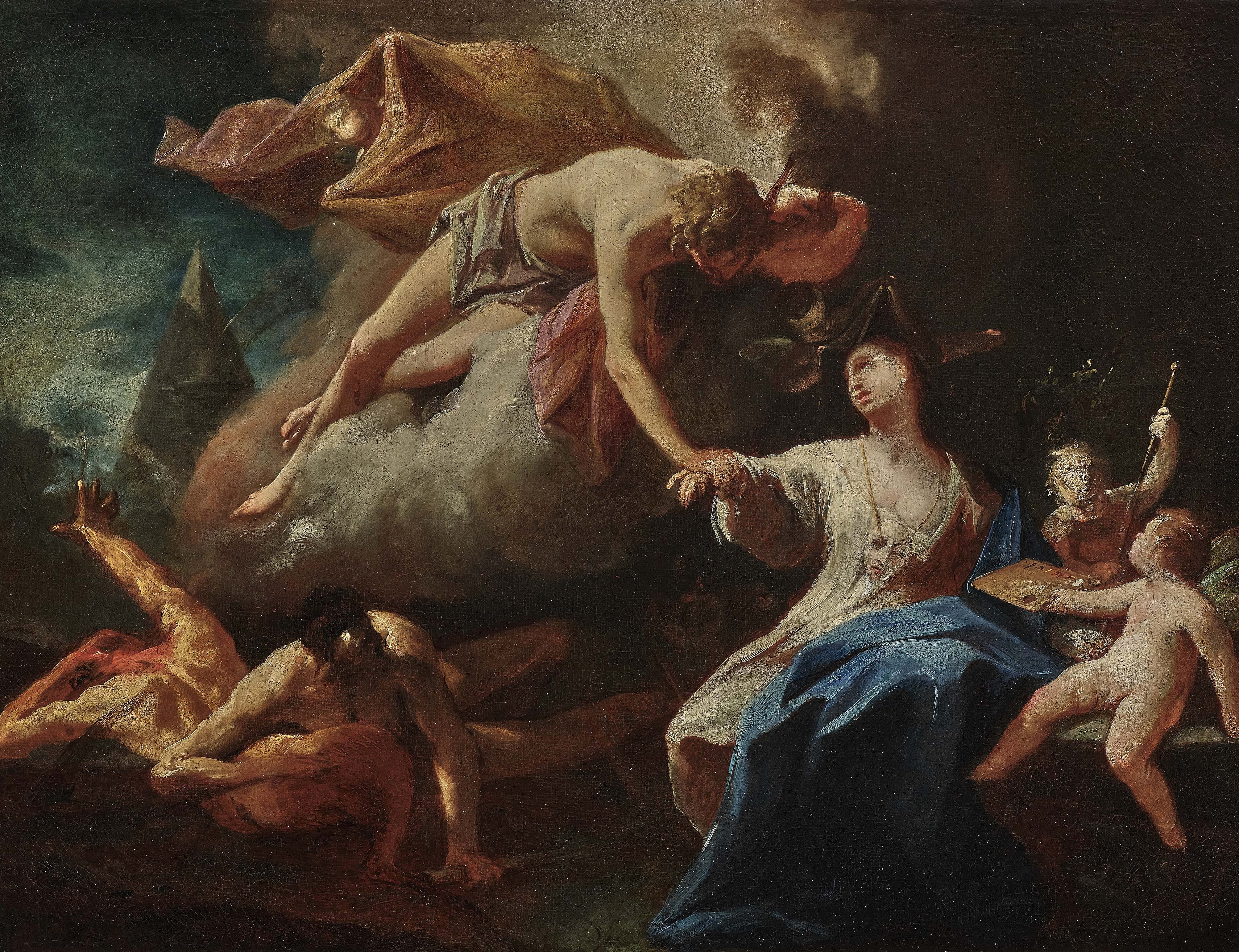 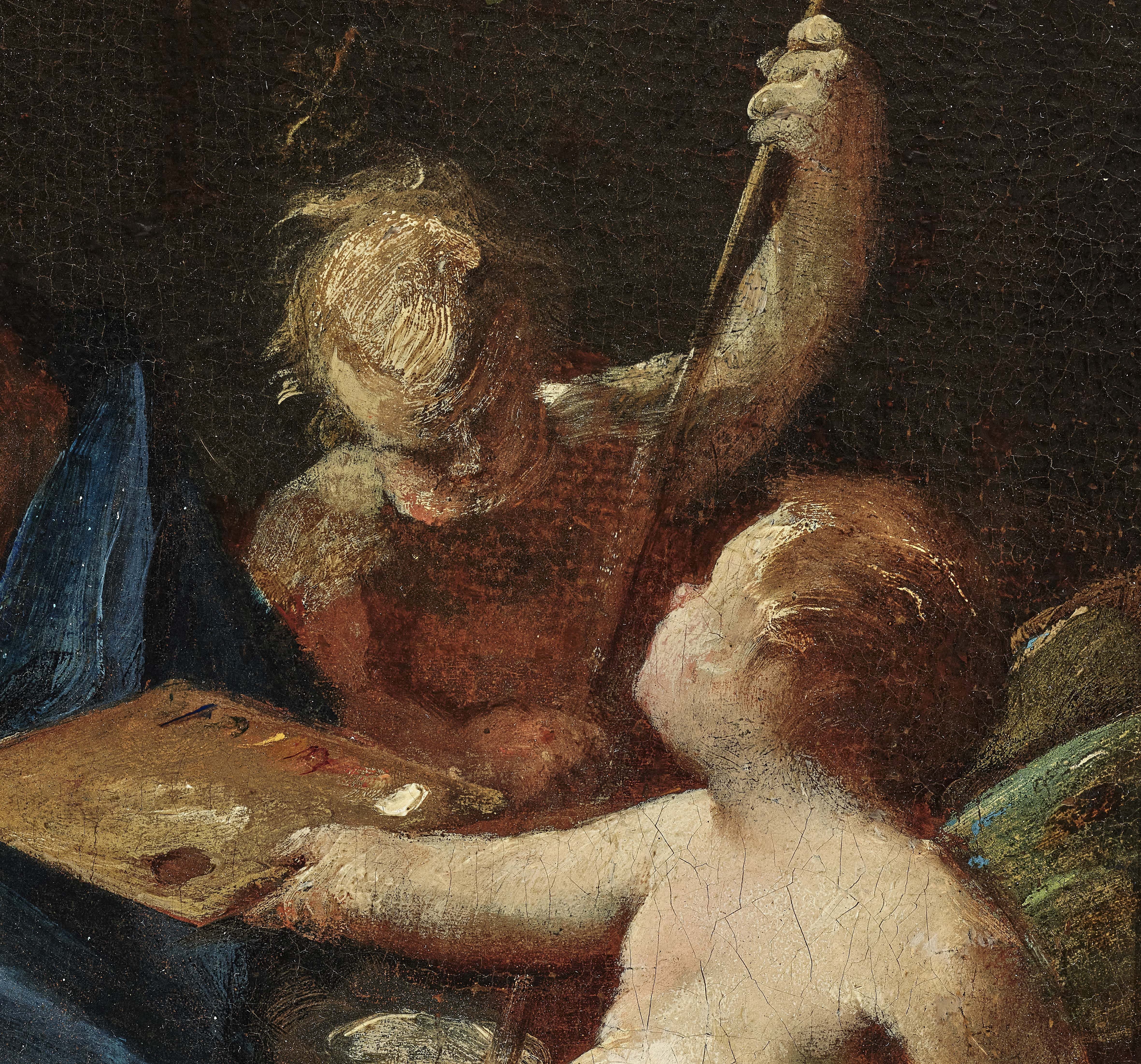 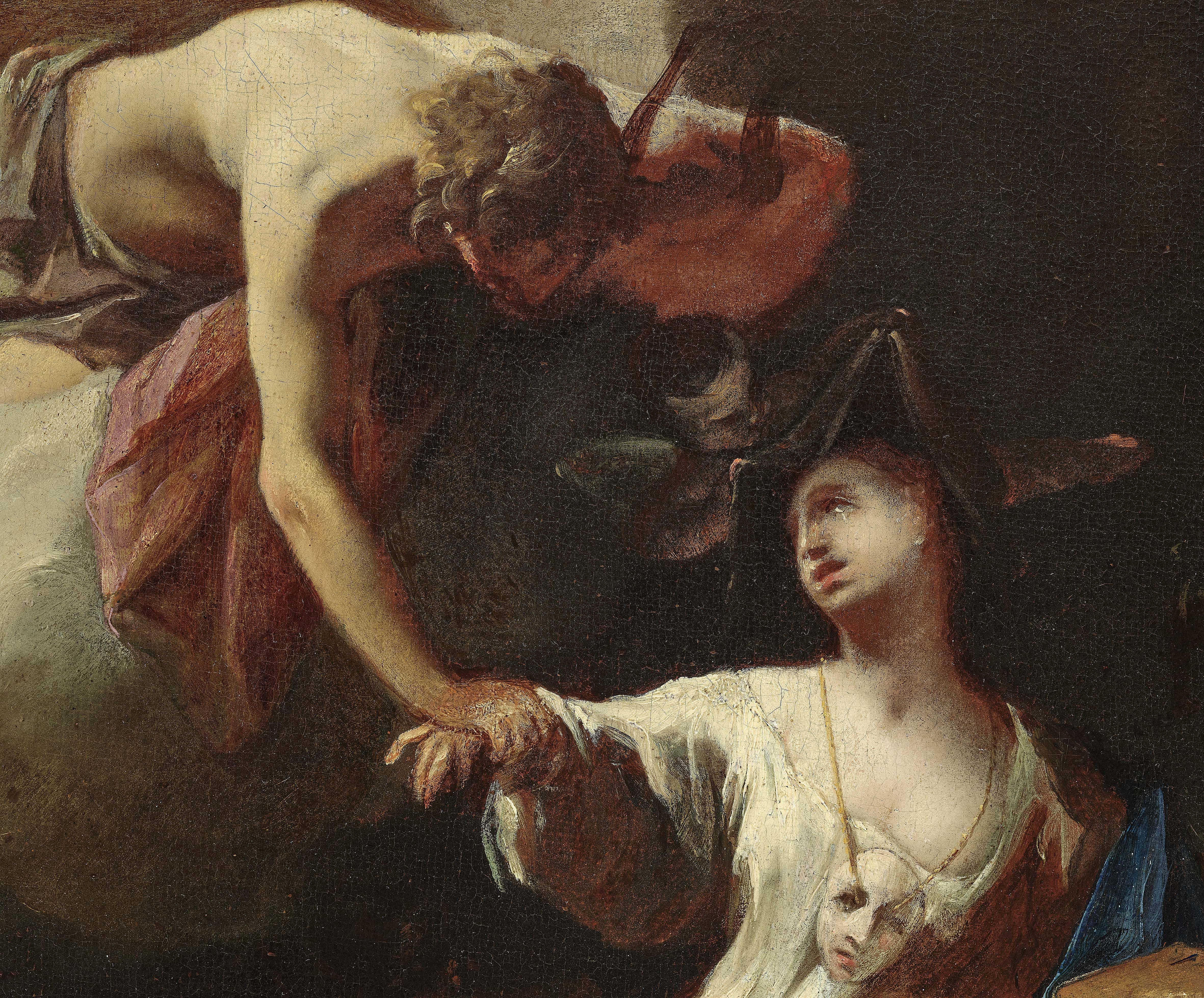 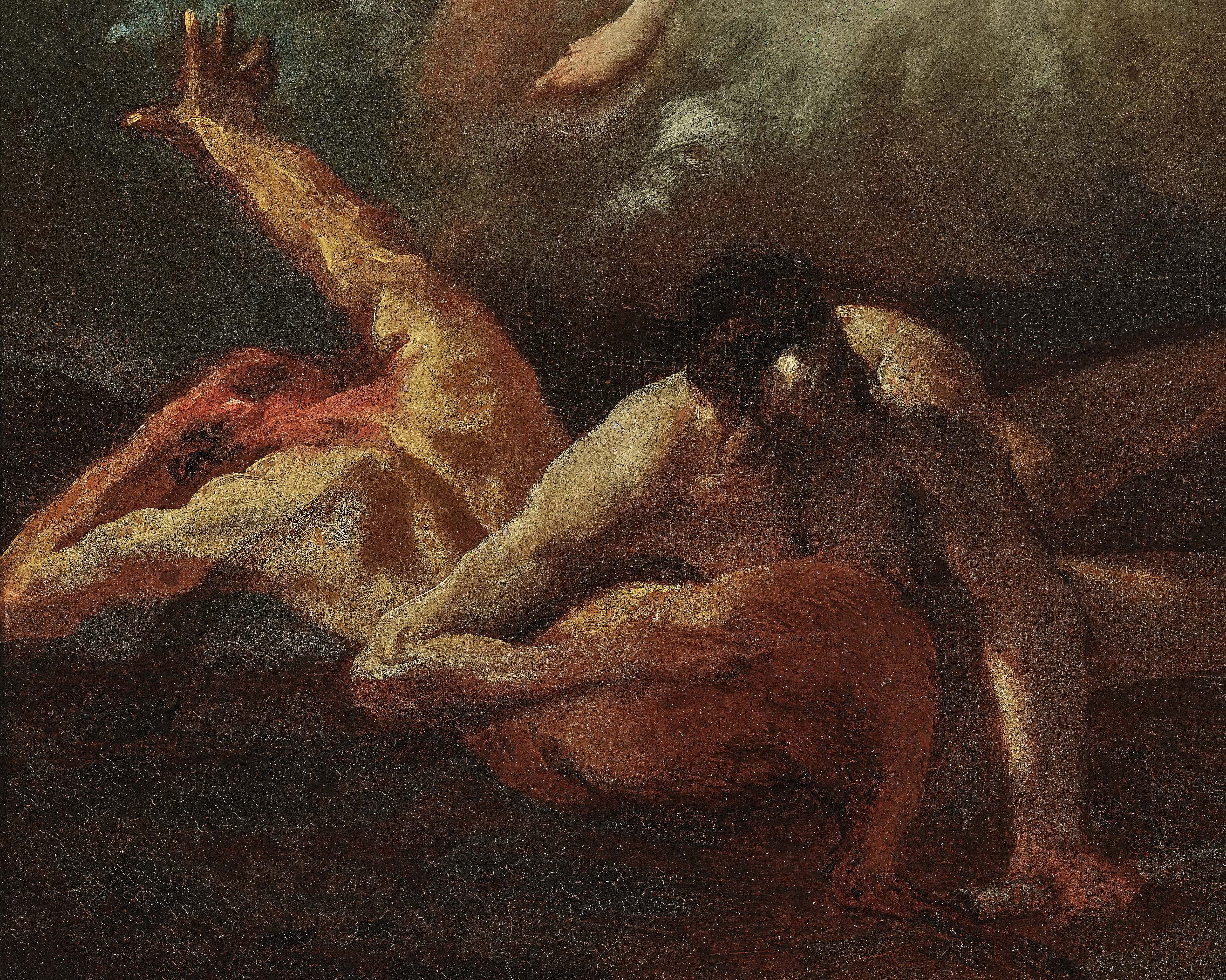 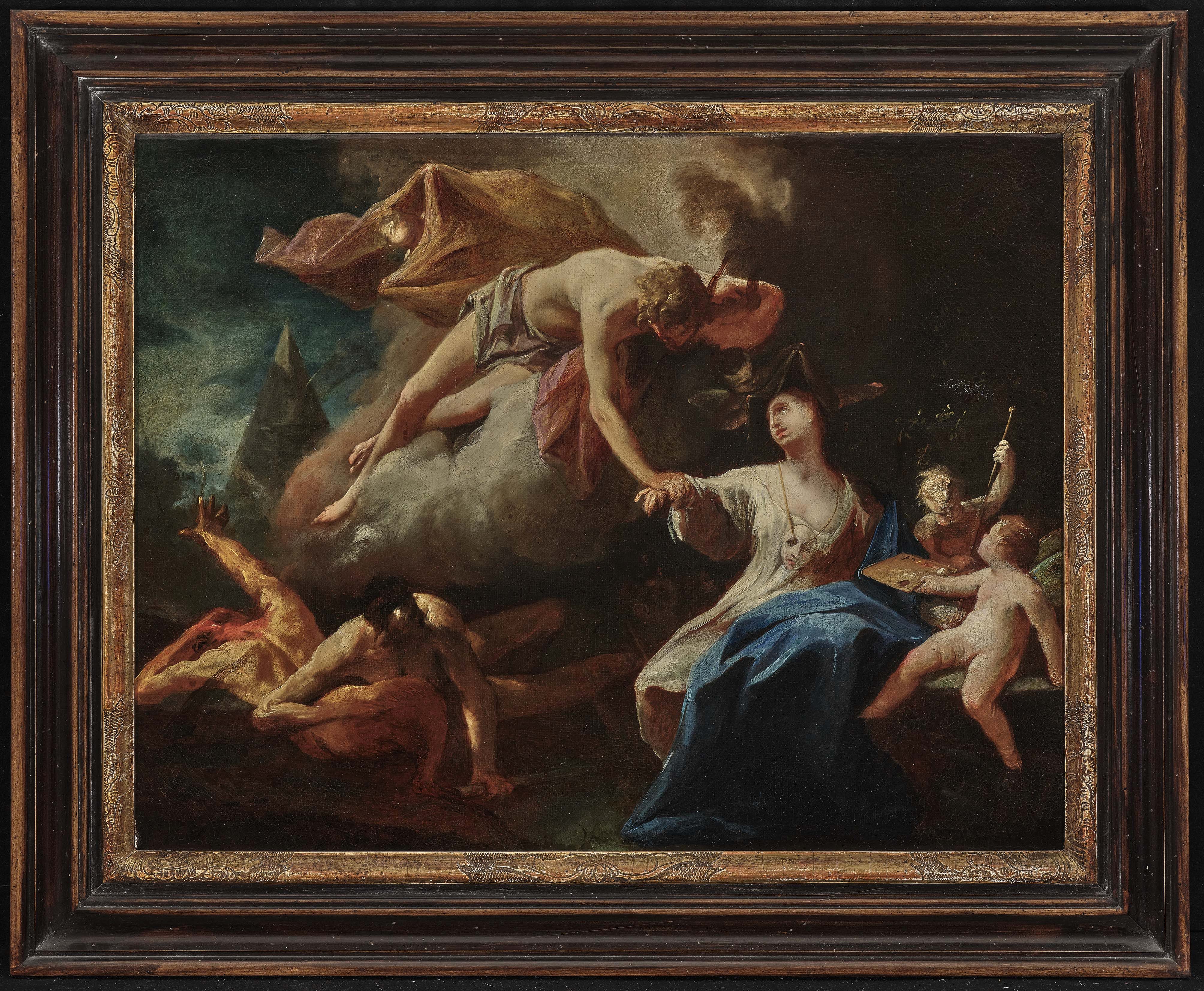 Elisabeth Leube-Payer assumes a connection between the origin of this very advanced bozzetto in the sense of a glorification of the arts and the world of theatre, acting and theatre construction in general. Josef Ignaz Mildorfer, for example, was involved in similar commissions for Esterházy Castle in Fertöd (Hungary) and the Hofburg and Kärntnertor Theaters in Vienna.

At the beginning of his career Josef Ignaz Mildorfer was clearly influenced by the paintings of Paul Troger. During his career, his paintings show a development from pathetic, colour-intensive works of the early period, through sensitive illustrations of moderate colours, to more strictly interpreted works of the late period. As a professor at the academy of arts in Vienna (1751-1759) Mildorfer influenced many students. Among them were Johann Baptist Wenzel Bergl, Franz Sigrist and - most important - Franz Anton Maulbertsch.


Provenance: Galerie Neuse, Bremen (1985). - From the estate of a Hessian collector.

We thank Dr. Elisabeth Leube-Payer, Vienna / Stanford, who confirmed J. I. Mildorfers authorship on the basis of photographs.