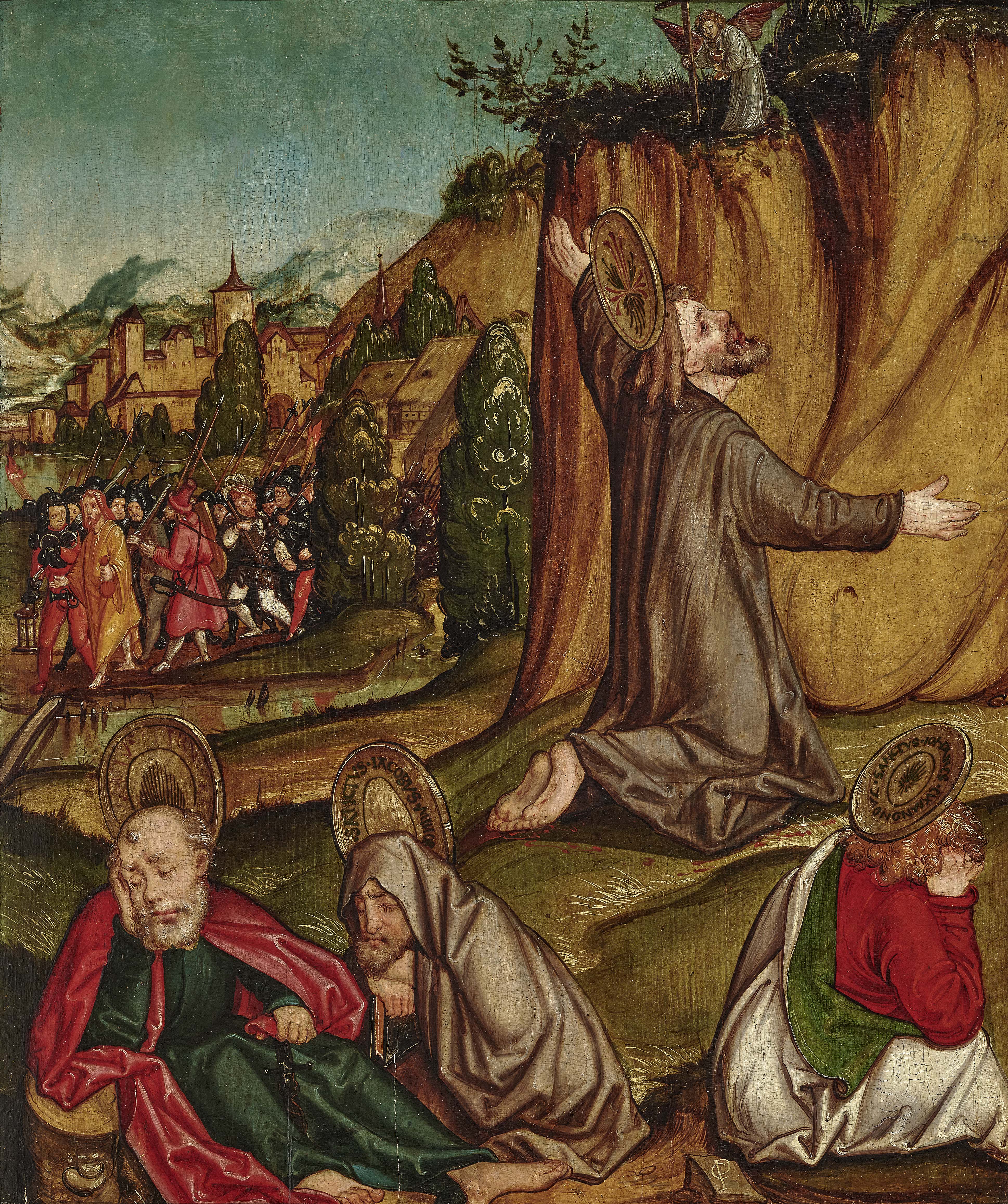 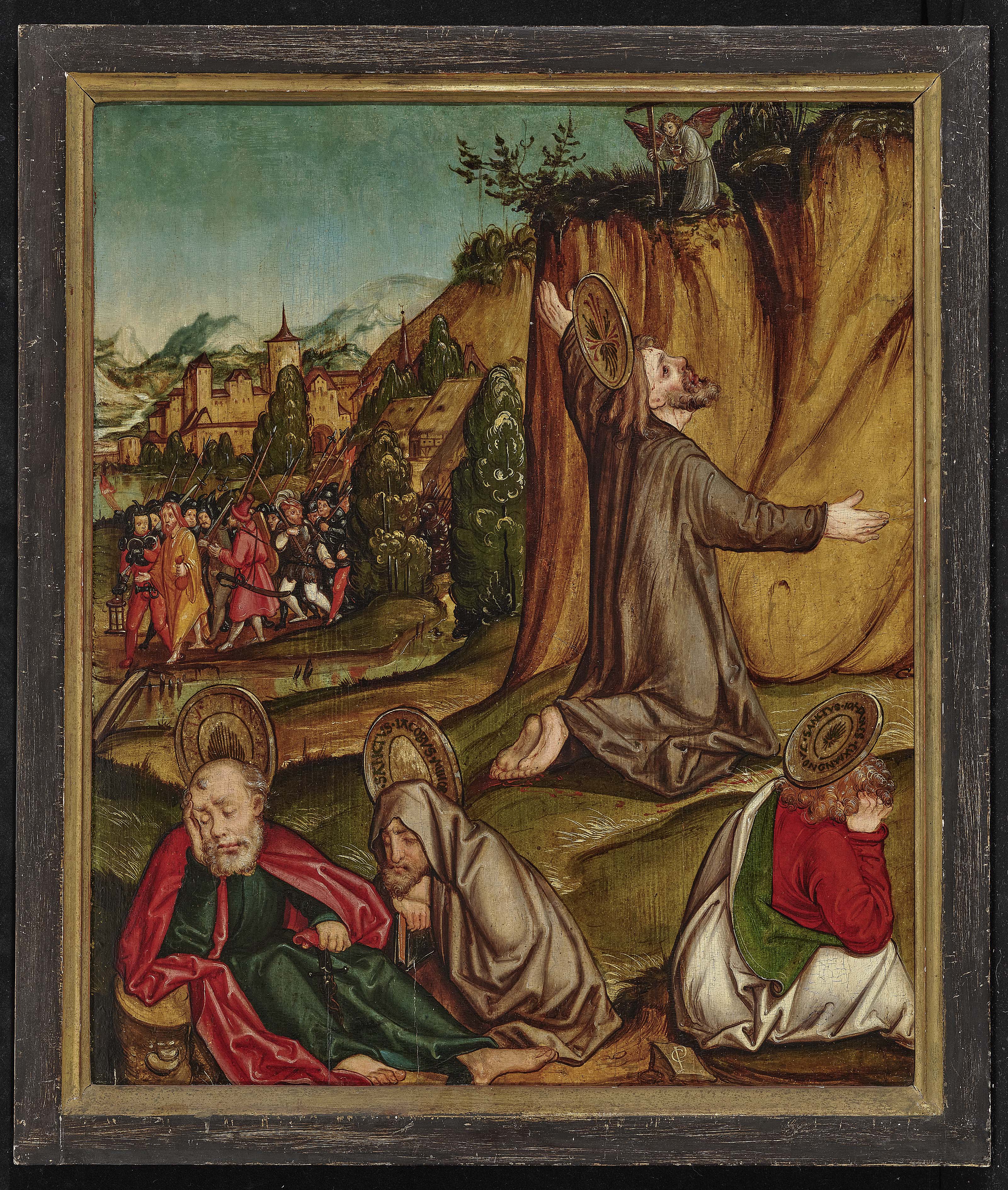 Christ on the Mount of Olives

"The spirit is indeed willing, but the flesh is weak". The events in the Garden of Gethsemane, at the foot of the Mount of Olives, as described by the evangelist Matthew (Matth. 26, 36-47) is a theme from the Passion of Christ that recurrs frequently throughout art history. This passage from the bible also features two quotes that have found their way into the German vernacular. In addition to the aforementioned statement, his desperate plea to God, as he considers his imminent fate, is also still used today, "My Father, if it is possible, may this cup be taken from me. Yet not as I will, but as you will.". The artist Conrad Paul, born around 1490/1500, can be traced back to the second quarter of the 16th Century working in Lauingen an der Donau. It can be assumed that he was a student of Hans Schäufelin (circa 1482/83 Upper Rhine - 1539/40, Nördlingen). Schäufelins success was based above all on his personal and artistic proximity to Albrecht Dürer. Dürer was a significant inspiration for Schäufelin as an artist, and was therefore also a important influence for his pupils, who continued to develop the ideas of the famous Nuremberg artist in an individual and inspired way. Similarities to Dürers corresponing woodcut from his Large Passion series (1511) can also be found in the overall composition of the present painting. Ludwig Meyer compares the present painting stylistically with three panels by Hans Schäufelin, which were made around 1520. The three paintings depicting hermits, originally from the Maria Maihingen Abbey, were acquired in 1828 by King Ludwig I of Bavaria, and are now in the Germanisches Nationalmuseum of Nuremberg (inventory numbers Gm 294, 1106 and 1107). The present painting is one of only two known works of Conrad Paul which bear his monogram and as such can be attributed to him with absolute certainty. Ludwig Meyer dates it to 1520-25. Cf. Rott, Hans, Quellen und Forschungen zur südwestdeutschen und schweizerischen Kunstgeschichte im XV. und XVI. Jahrhundert. - II. Alt-Schwaben und die Reichsstädte. Stuttgart 1934, p. 83: Compilation of the documented references of Conrad Paul.