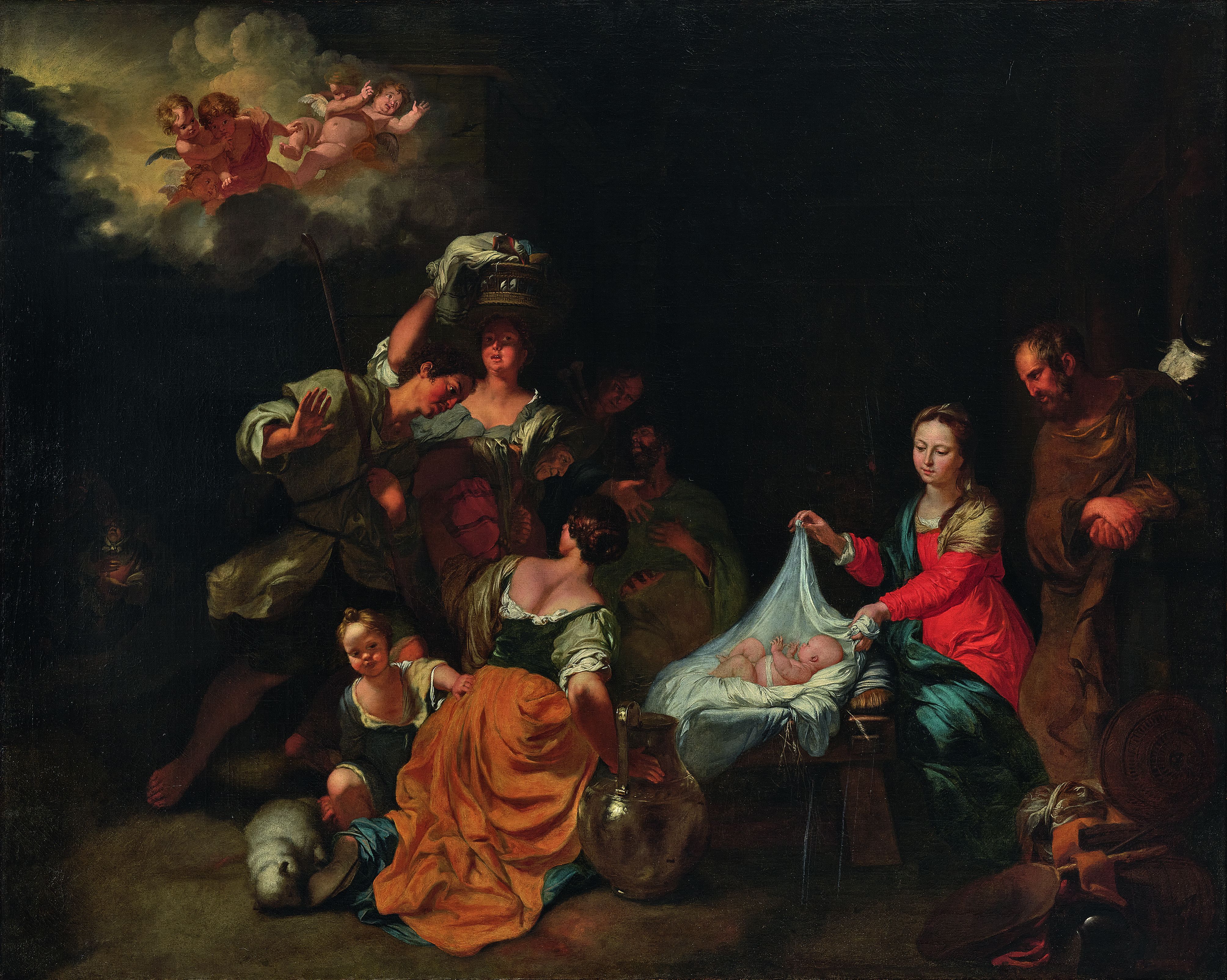 Adoration of the Shepherds

The painting was originally part of a series with six scenes from the childhood of Christ, which at the end of the 18th century were mentioned in the Collegiate Church of Notre-Dame in Huy, Belgium (Roy, p. 224, WVZ-Nos. P. 37-42). These paintings, including the present one, were still offered together in the Old Master Paintings auction at Sothebys, London, on April 4, 1984 (cat.-no. 73-78).

This artwork is equipped with a unique digital passport and fingerprint from 4ARTechnologies. The history and documentation, as well as the viewing in the virtual gallery, are combined with easy access and maximum security for you. Simply download the 4ART app to your iPhone.

You can find further information at www.4art-technologies.com