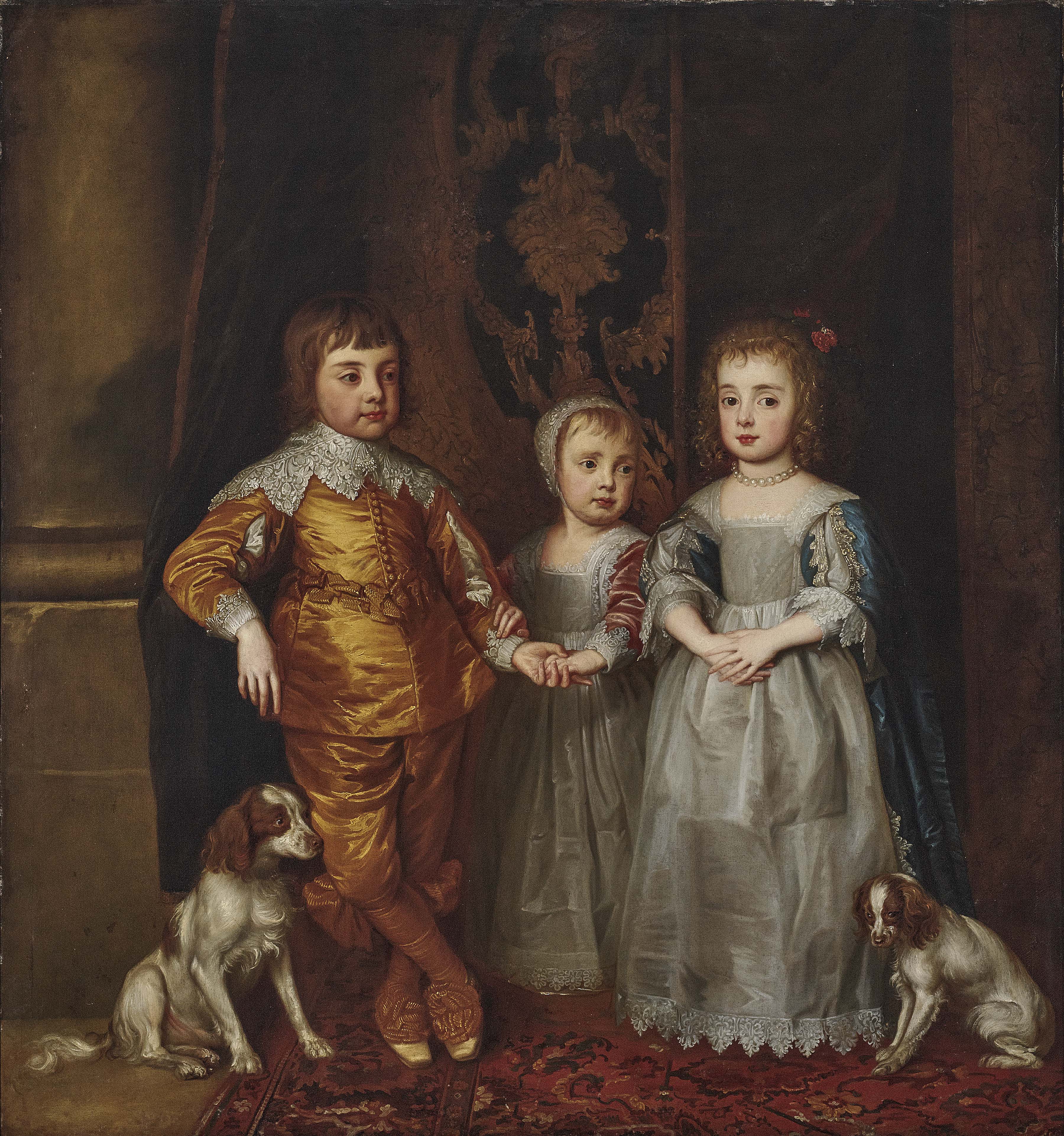 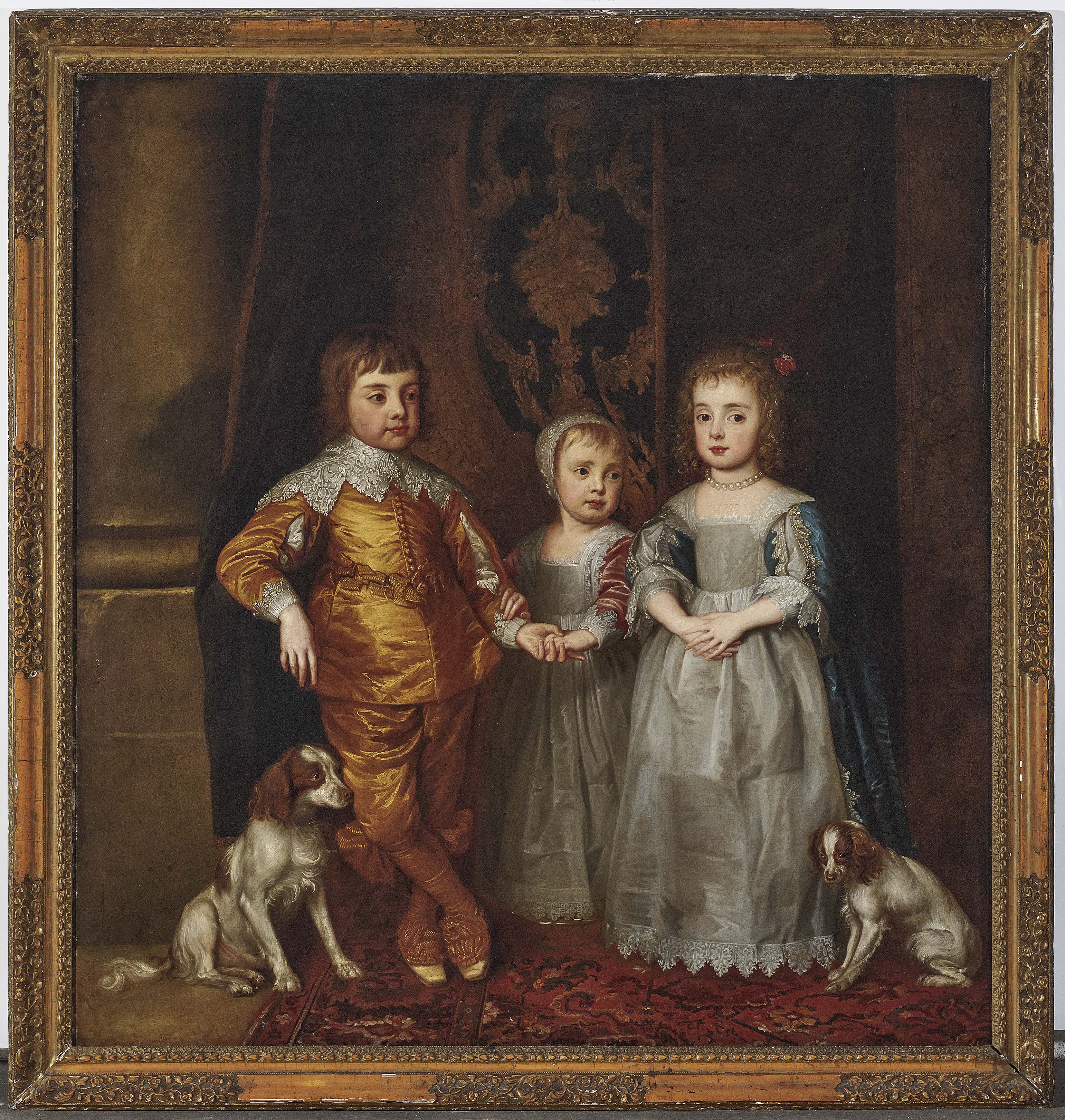 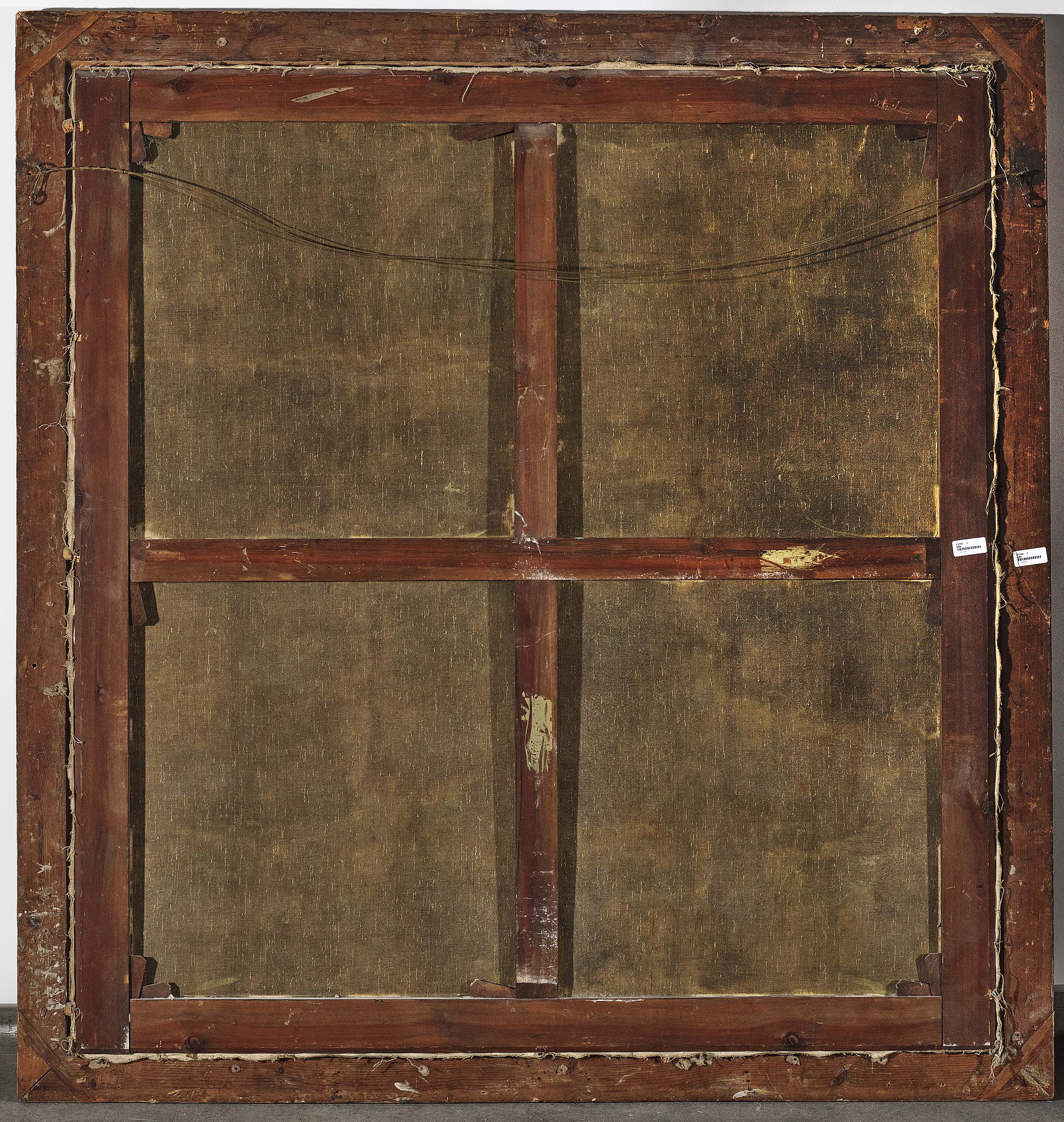 The Three Eldest Children of King Charles I of England.

This painting is a slightly differing copy after Anthonis van Dycks original painting, which forms part of the collection of the Queen of England (at Windsor Castle). It was painted in 1635/36, a year after Van Dyck painted his first portrait of the three children. The first painting (Turin, Galleria Sabauda) came under criticism from King Charles I, as the heir to the throne, Prince Charles, was portrayed in childrens clothing rather than in breeches. The subsequent portrait of the children spawned several copies, most of which are smaller in format.

In the present painting, the unknown artist, possibly a member van Dycks workshop, adjusts the composition in an interesting way. He expands the background in the upper part, thus depicting more of the richly embroidered Italian velvet. As a result, the painting is very similar in size and proportion to the first Turin version (151 x 154 cm), so (After) Dyck, Anthony van

despised by the King, almost as if it were to be a counterpart to it.

Camilla Eibenschütz (1884-1958) was a highly acclaimed actress in Berlin in the early part of the 20th Century. In 1906 she won praise for her portrayal of "Wendla" in the world premiere of Frank Wedekinds controversial play "Spring Awakening". She appeared in numerous productions by Max Reinhardt, appeared on Broadway stages, and was cast as Myrrhine in Aristophanes "Lysistrata" directed by Albert von Keller. Her second marriage was to the influential publisher Wolfgang Huck (1889-1966).

Camilla Eibenschütz received the present painting as a Christmas gift in 1919. According to Eibenschützs handwritten archives, the purchase price was then 40,000 marks. In her records, she also notes: "Hanoverian possession". To what extent this could be interpreted as an indication of ownership within the Royal House of Hannover could not be determined. Ernst August of Hanover (1845-1923), the last crown prince of the house, was stripped of his British title and rights under the orders of King George V of Great Britain in the spring of 1919. It would be understandable if the Crown Prince had, in reaction to this, sold the painting through renowned art dealer Glenk, due to its associations with his English cousins.